Day Tour to Jerash and Dead Sea from Amman

Have a pleasant and relaxing tour to Jerash and the Dead Sea from Amman to be a witness for the beautiful Roman City of Jerash with its towering colonnades and then have a peaceful time floating in the Dead Sea water to get benefit from its minerals. 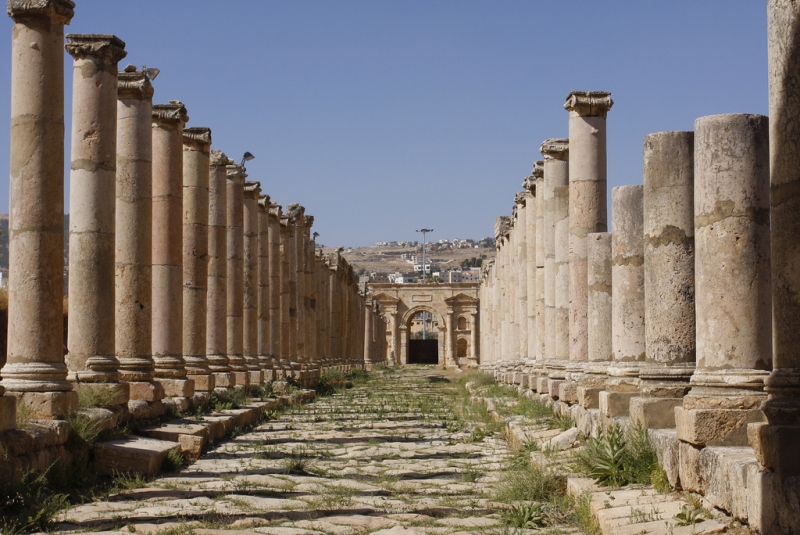 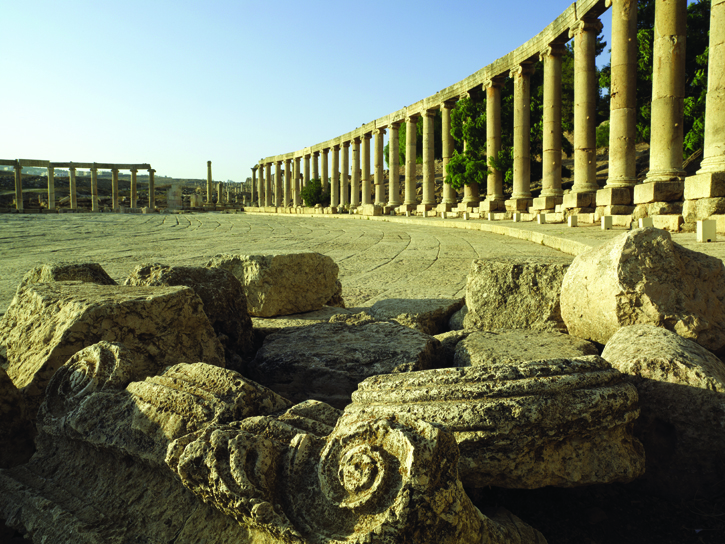 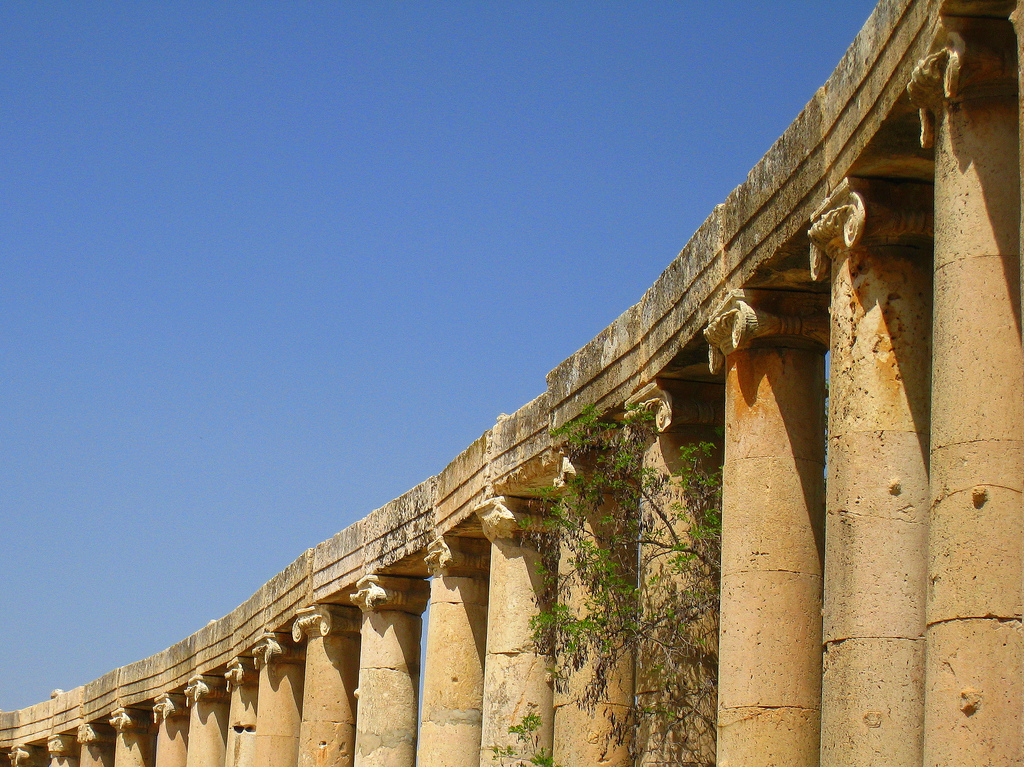 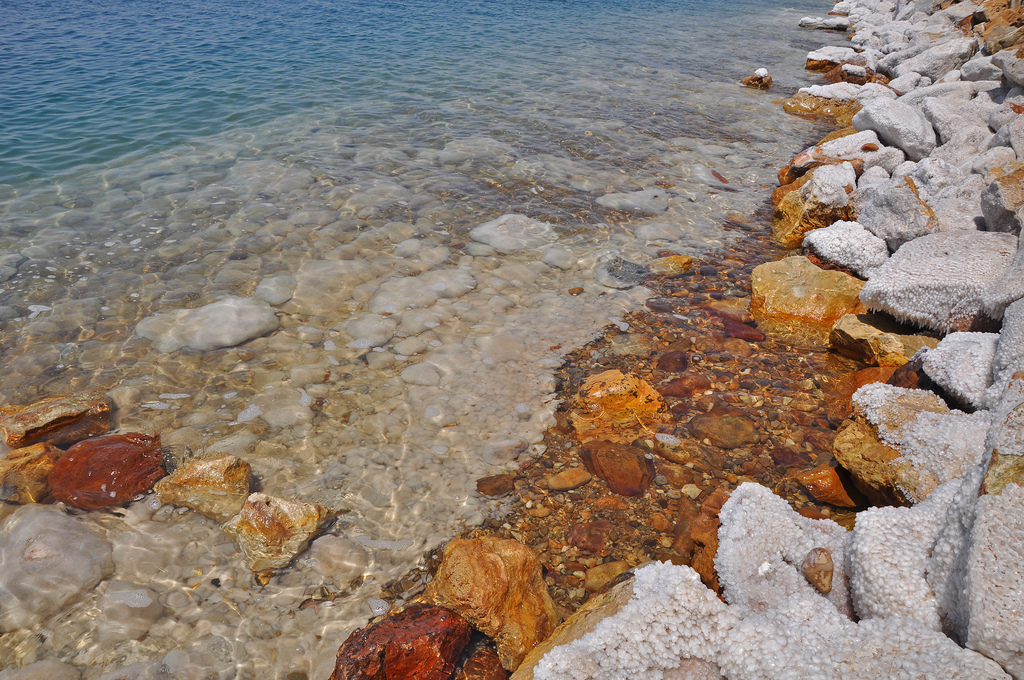 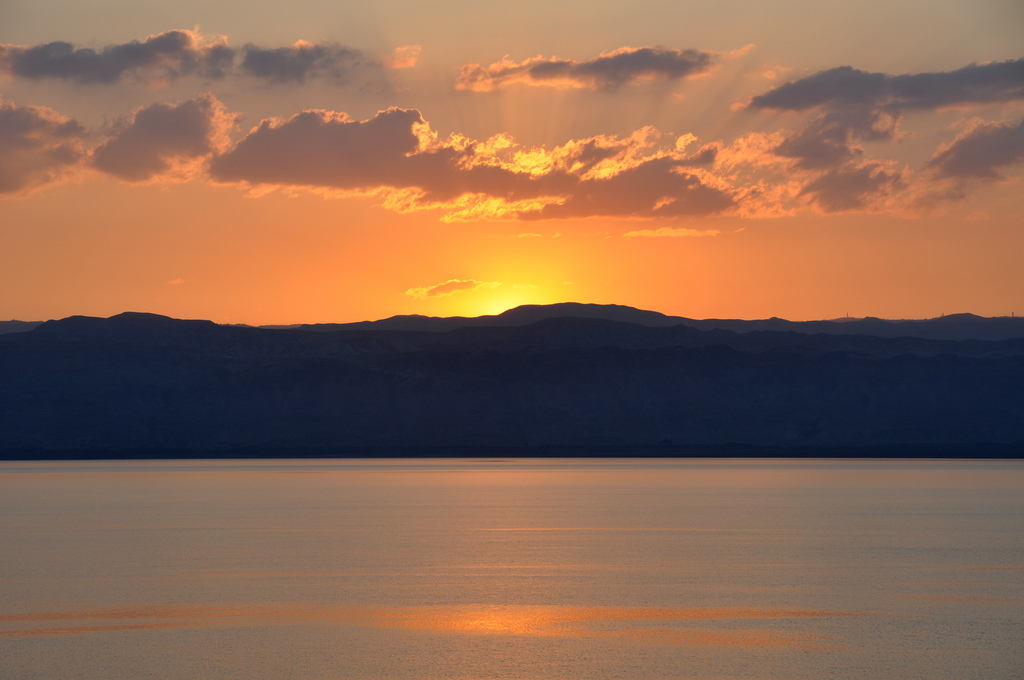 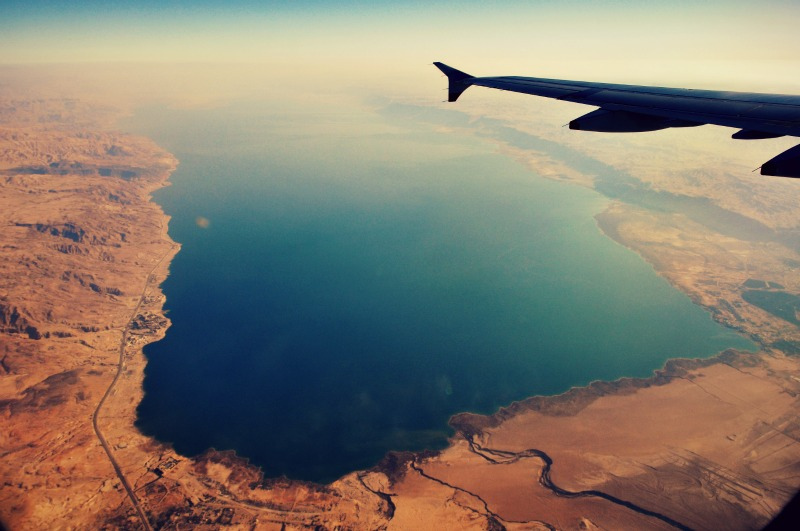 Treat yourself to an amazing day tour to Jerash and the Dead Sea from Amman. Your tour manager will meet you at your hotel in the Jordanian capital to take you to the ancient Jerash, where you will enjoy one of the best-preserved examples of a Roman city dating back to the imperial era of all the Middle East. In particular, you can see the Forum, the Colonnaded Street, the Arch of Hadrian, and the Temple of Artemis. From here you will reach the Dead Sea, and on its banks, you will have time at your control for a unique spa experience! At the end of the tour, you will return to your hotel in Amman.

Enjoy this Jerash and Dead Sea Tour from your hotel in Amman and start one of our best tours in Jordan accompanied by your representative will meet you at your hotel to drive to Jerash the oldest well-preserved Roman City built during the 6th century to leave the most beautiful ruins ever of the Roman Empire, you will start to be surprised after you see the Nymphaeum and the Temple of Artemis after passing through the Colonnaded Street. Drive then to the Dead Sea which got its name because there's no life in its salty water due to its high density of minerals and salt in a way that you will find it very easy to float while reading a book. Back to your hotel in Amman. 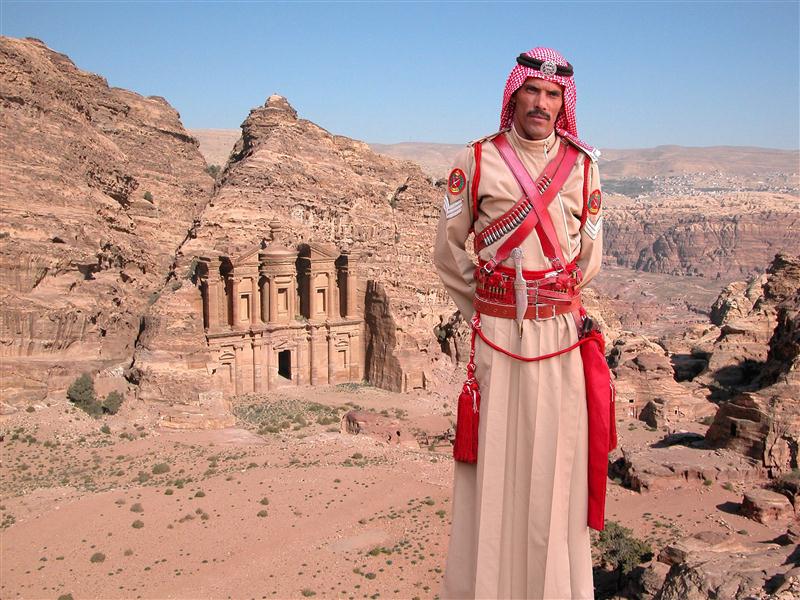 Day Tour to Petra from Amman

Have a pleasurable day tour to Petra from Amman and discover the rose-red city of Petra built by the Nabateans during the sixth Century B.C to be chosen lately as one of the new seven wonders of the world ! 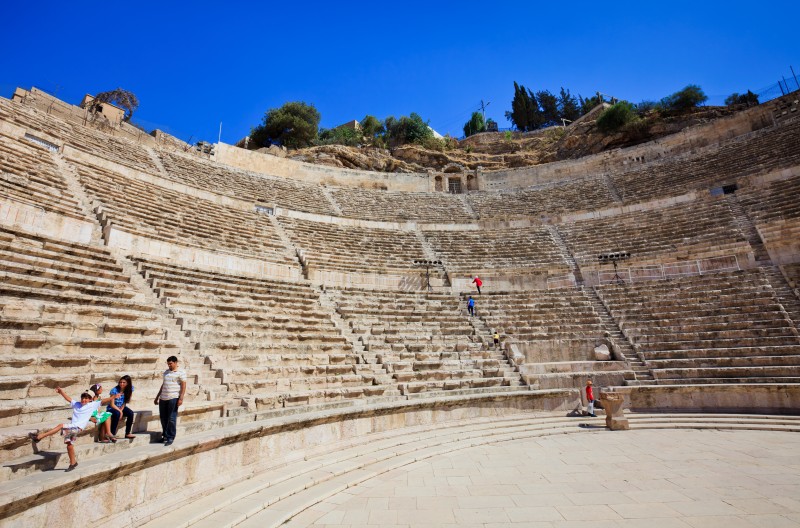 Explore Amman city tour and see the best of Amman attractions. Visit the Citadel, the Archaeological Museum, the Roman Theater and go shopping in a magical Arabian atmosphere. 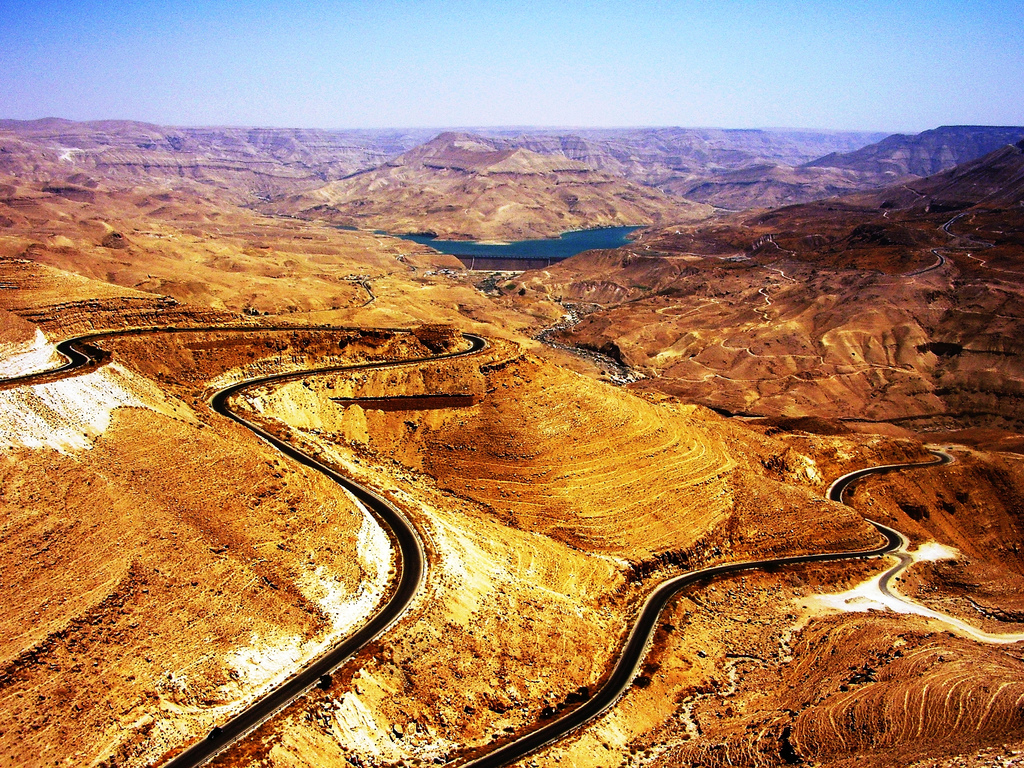 The amazing trip beginning from Amman will make you explore some of Jordan's spectacles, from the Greek Orthodox church of Saint George in the city of mosaics, Madaba, to the minerals salty water of the Dead Sea, a genuine open-air spa, passing by impressive biblical places like the historical Mount Nebo. 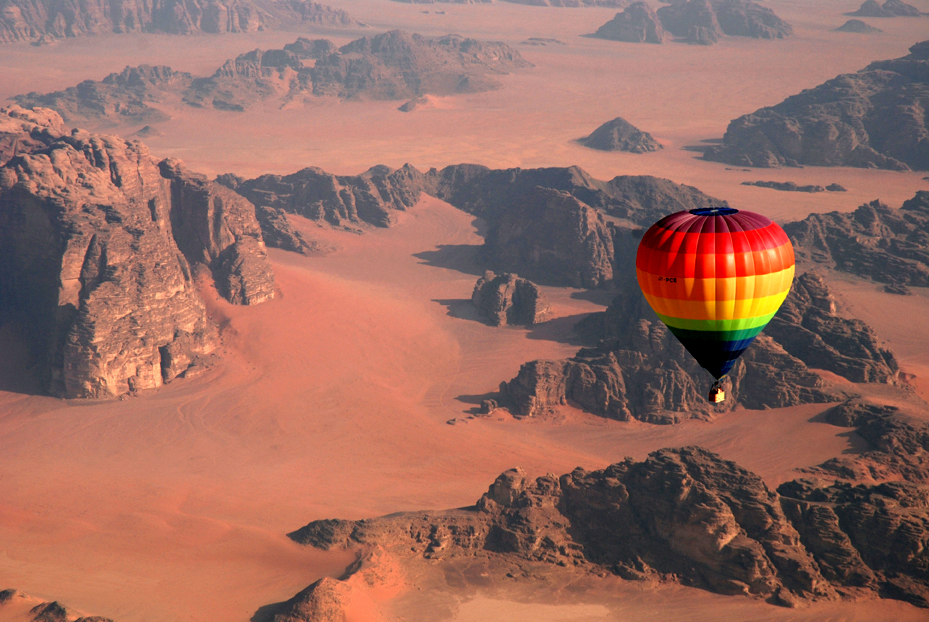 Have a once in a lifetime day tour to Petra and Wadi Rum from Amman and see the highlights of the rose-red city of Petra then have a soothing time relaxing in the vast desert of Wadi Rum. 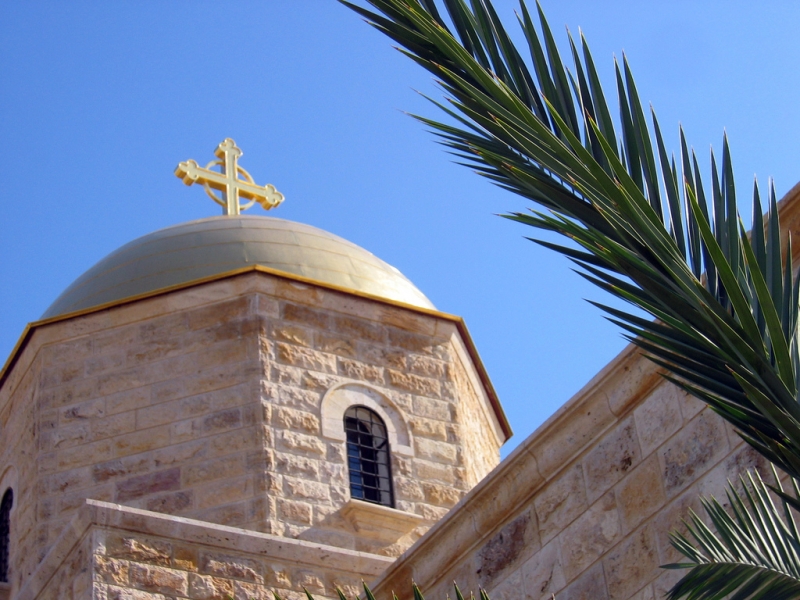 Enjoy an unforgettable Baptism, Mukawer, Madaba and Mount Nebo tour from Amman and see the oldest map of Palestine in Madaba and the Baptism site where Prophet Jesus baptized by St. John the Baptist. 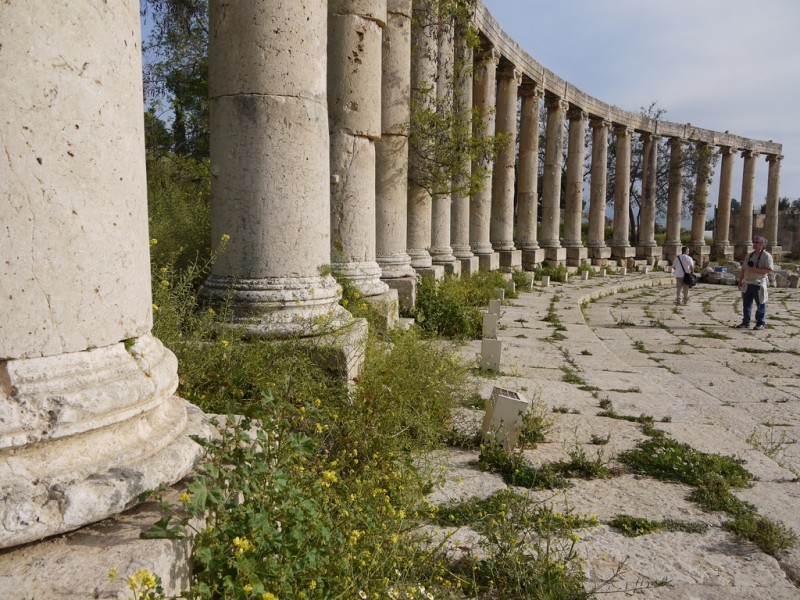 Enjoy a once in a lifetime Jerash and Ajloun tour from your hotel in Amman and see the most of the Roman old City of Jerash, the Citadel of Saladin in Ajloun and the site of Umm Qais built by Alexander the Great.

01. Is Egypt considered a safe destination to travel?

Egypt is rated as the eighth safest country to travel all over the world, according to the ranking of the safest countries. So definitely yes, Egypt is safe. you can travel safely to all the tourist attractions this beautiful country has to offer. You can comfortably explore all the Egyptian cities like Giza, Cairo, Luxor, Aswan, Alexandria, the Red Sea beach destinations like Sharm El Sheikh, Hurghada, Marsa Alam, Dahab, and many other destinations like the Egyptian Oases of Bahariya, Frafra, Dakhla, and Siwa, as well as all the places where medical tourism is practiced.

Egypt mostly enjoys a desert climate which is hot during the summer season. Temperature can go up to 45 degrees Celsius during July and August, so winter season is the best time to visit Egypt during the high seasons while the entire world is enjoying the Christmas and New Year, Egypt during the coolest months of the year is still considered warm enough that you can enjoy swimming in the Red Sea best resorts, not to mention how nice it is during Easter holidays. Simply, the best time of the year to visit Egypt starts from the month of September to June.

Cairo Top Tours' professional team consists of a young motivated group of specialists in flight reservations, Egyptologists, tour leaders, and tour consultants. We are like "artists" on the internet and on the ground since we started in the travel business. Thanks to our experienced team of tour operators, which will save you a lot of hassle, time, and you are going to save a lot of your money too rather than the difficult search for specialized travel offers.

You can directly access our website cairotoptours.com to book, request quotes, and view our offers. If you prefer, you can contact our Reservations Office on +2-02-33770025 from 07:00 AM till 03:00 PM GMT or WhatsApp us at +2-0100-527-6083 24/7. In both cases, you will be assisted by our expert team of tour operators and you will find all the information you need to make your reservation quick and smooth. To facilitate your search, we recommend you search for what experience you would like to do in Egypt in the Google Search Box and write the URL cairotoptours.com to limit the results that appear and make it easier to navigate through our numerous offers and categories.

You can use different purchase methods. - Credit card: by entering the details of your credit card on the payment link provided ONLY by your personal tour consultant from Cairo Top Tours. - Bank transfer: if you are booking your holiday at least 30 days before the departure date. In this case, the bank transfer must be made within 2 working days of purchase. - By phone: this option only applies for last-minute bookings on the same day of the day before and works only with the day tours, half-day tours, and activities that are not more than one day tour.