Egypt and The Nile Luxury Tour

If you are traveling to Egypt, then try our Egypt luxury travel package that will take you down the entire length of Egypt, In Cairo, you will visit Giza Pyramids, Old Cairo, and the Citadel and also enjoy a Luxurious Nile cruise from Luxor to Aswan. Book your privately guided Egypt and The Nile Cruise Luxury Tour Now with Cairo Top Tours. 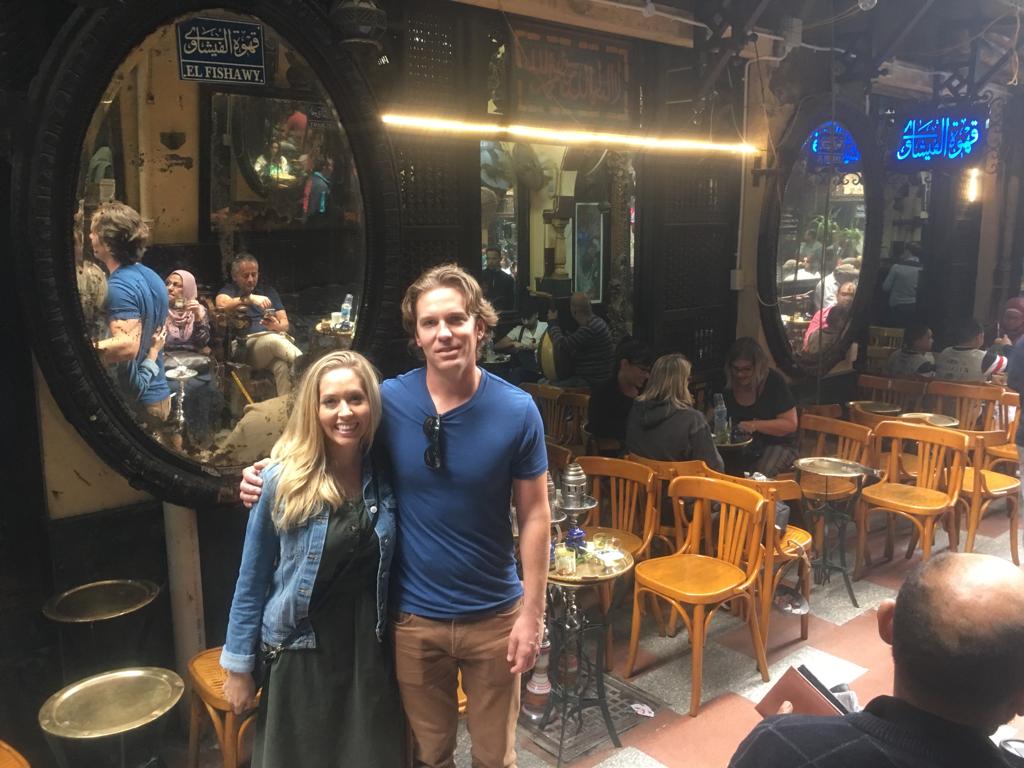 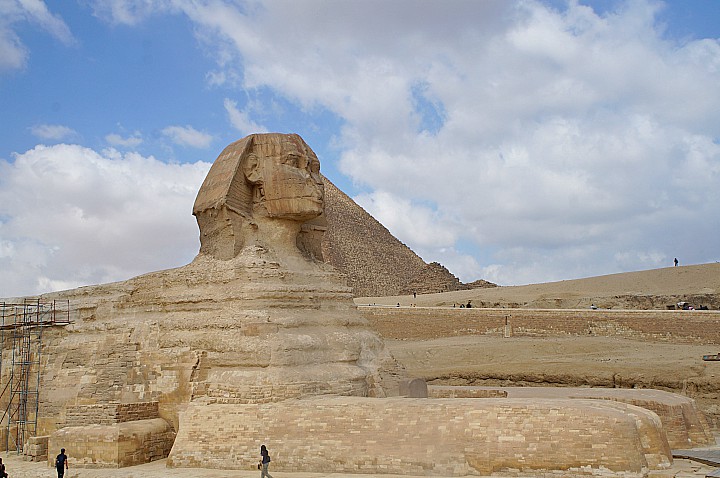 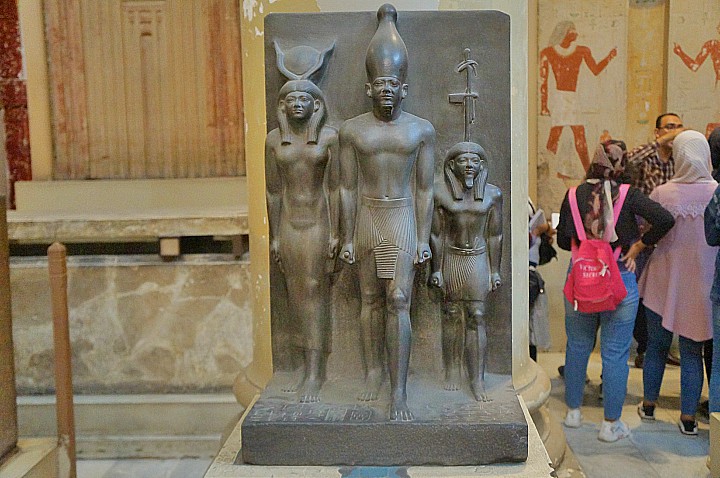 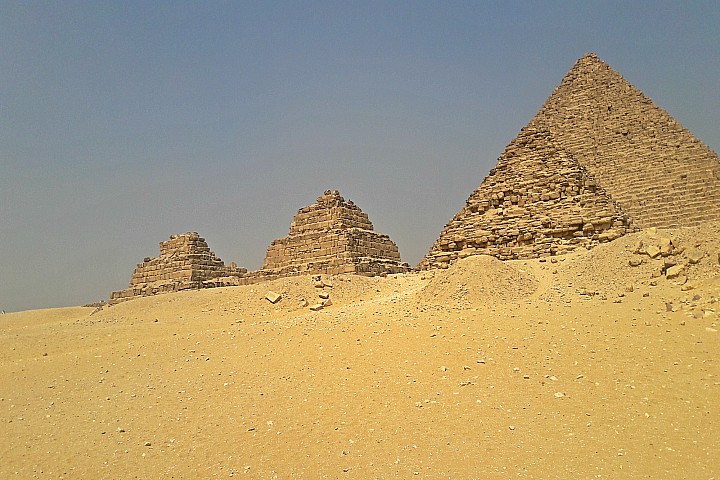 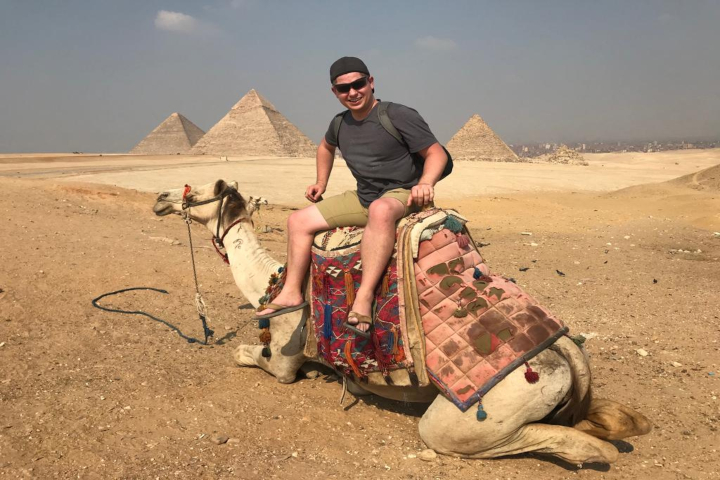 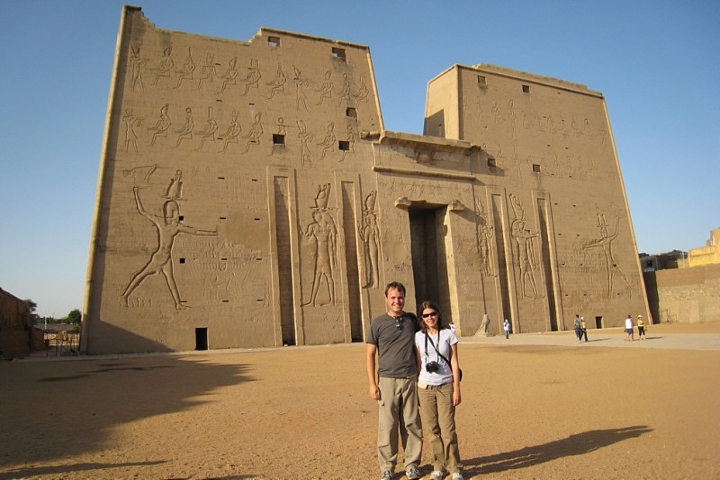 When you choose our Egypt and The Nile Luxury Tour that is a choice from our Egypt Travel Packages, it makes you close to the luxurious accommodation at the city of Cairo in the Sheraton Cairo Hotel, Our tour will make you see all the beautiful sightseeing like Giza Pyramids & Sphinx and feel luxurious in the River Nile Cruise from Luxor to Aswan on board  Steigenberger MS Minerva Nile cruise.

You are welcome to Cairo the Capital of Egypt

Your Cairo Top Tours representative will be waiting for you at Cairo International Airport before the luggage belt with a sign bearing your name. Then you will be transferred to the Sheraton Cairo hotel, where you are going to have a short meeting with your tour leader to go through your Egypt Travel Packages itinerary and confirm pick-up times for the tours. After that, he will assist you with a smooth check-in and enjoy Cairo exciting day tours.

Overnight the first night in Sheraton in Cairo

Take an amazing buffet breakfast in the Sheraton Cairo hotel during your unique Egypt travel packages. After that, you will meet your personal guide who will Escort you during your first Cairo Day Tours to the pyramids of Giza 4500 years old.

Start your sightseeing at the Great Pyramid of Cheops, which has taken more than 20 years to be built, then proceed to the pyramids of the kings Chephren and Mycerinus who belong to the same dynasty. You will then go to see The famous Sphinx, the man headed lion guardian of the Necropolis. And finally, in Giza, you will be taken to the valley temple of king Chephren dedicated to the mummification of the Pharaoh which is made out of Aswan granite and is paved with alabaster.

Your guide and personal driver will take you then to visit The Egyptian Museum, which has the biggest and the most precious collection of Egyptian antiquities all over the world and the only royal treasure that was found intact the Treasures of the Golden Pharaoh Tutankhamen whose tomb in the Valley of the Kings was uncovered in 1922 by the famous English archeologist Howard Carter.

Then the tour continues to Coptic Cairo to visit the ancient Roman fortress of Babylon and The Hanging Church suspended above its ancient towers and the church of St. Sergius which is also known as the Cavern church or the holy family church and it is built above the crypt where the holy family stayed nearly three months and the well from which the holy family got their water supplies, the tour extends to we visit Ben Ezra Synagogue said to be the site where the basket of Moses was picked up from the Nile by the Pharaohs daughter.

After lunch you will be transferred to Islamic Cairo, to see the walls and gates of the medieval city founded by the Fatimid leader Badr Al Gamali, and the old narrow streets of colorful shops and date back to the 10th century. you will walk all the way to have tea in Al-Fishawy ( one of the oldest coffee shops in Khan El Khalili Bazaar.

Optional tour to the sound and light show in Giza

You will check out from hotel in the morning after finishing your breakfast, then you will be transferred to Cairo Airport to catch the flight to Luxor where you will be met and assisted during any of our Egypt Day Tours or Egypt Travel Packages by our representative, then you will be taken to embark your 5 stars Steigenberger MS Minerva Nile cruise. After having lunch on board, start the East Bank tour to Karnak Temple the largest man-made religious complex the world has ever known and the magnificent Temple of Luxor beautifully illuminated at night.

Dinner and overnight on board Nile cruise.

Enjoy a lovely buffet breakfast on board your Nile cruise ship, Cross the Nile to visit the two colossal statues of Amenhotep III which known as the Colossi of Memnon, and then you will be amazed by the Valley of the Kings, where 62 pharaohs of the New Kingdom were buried including famous Tutankhamen and legendary Ramses the second, the tombs are cut from the mountain, Lavishly decorated with fascinating paintings and filled in with treasures the Pharaohs were planning to enjoy in the hereafter. Your Luxor day tours the tour to visit Hatshepsut Temple also known as El Deir El Bahary, the first female ruler in the written history.

Take your enjoyable lunch, you will sail to Edfu enjoy your dinner and entertainment onboard.

Overnight on board the Nile Cruise.

Another oriental breakfast in the main restaurant of the Nile Cruise, visit the well-preserved Ptolemaic Temple dedicated to the falcon-headed God Horus the temple of Edfu. Sail to Kom Ombo to visit the captivating Temple of Kom Ombo dedicated to the crocodile, God Sobek. Lunch on board. Sail to Aswan. Dinner and overnight on board you deluxe Nile Cruise.

You will take your breakfast on Nile cruise, then your guide will take you to visit the famous High Dam an engineering marvel and the most important project in modern Egypt, the awesome temple of Philae dedicated to Goddess Isis and beautifully situated on an island we can reach the temple by an enjoyable motorboat ride, Then proceed to the largest known Obelisk within the granite quarries at Aswan, the Unfinished Obelisk, Back to the Cruise, Enjoy your onboard dinner and overnight on board.

Day 7: Back to Cairo

Disembark from your Steigenberger MS Minerva Nile cruise after breakfast, then transfer to Aswan Airport for your return to Cairo, Meet and assist upon arrival to Cairo Airport then you will be transferred to your hotel. Overnight in Cairo hotel.

Breakfast at the hotel with free time at leisure or Enjoy one of Cairo Day tours, then you will be transferred to Cairo International Airport for your final departure. 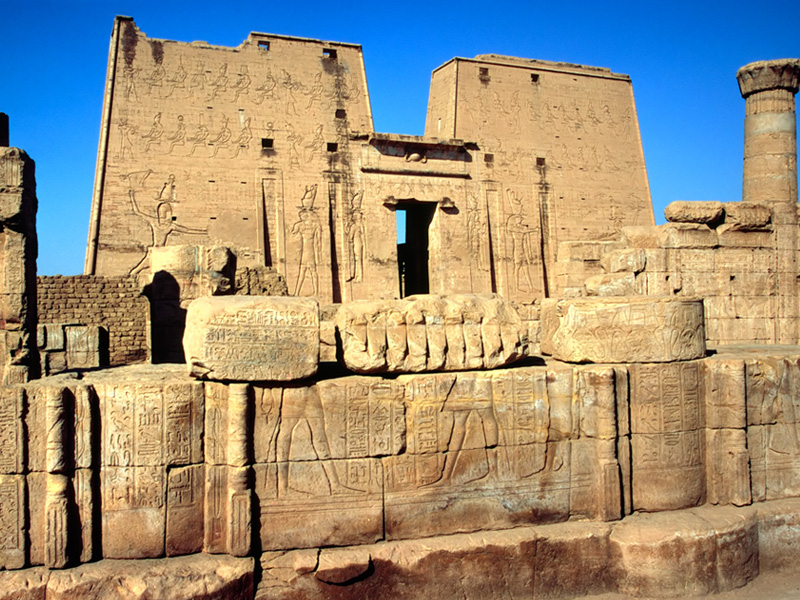 We offer you a pleasant luxury trip that includes the most beautiful cities in Egypt. Our Egypt Luxury tour packages make you explore the major sights in Cairo as well as the Nile cruise along the beautiful Read sea coast, and see wonderful Temples in Luxor. At the end of the trip, relax on the beach in Hurghada. 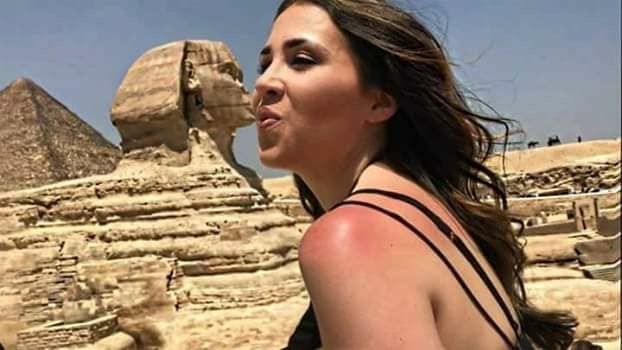 Are you planning to spend your holiday in Egypt? You can choose from our amazing Egypt Tours Packages especially this trip! through the 12 days Cairo, Nile and Lake Nasser Cruise Luxury Tour, you will have the chance to visit the Pyramids then we will take you to discover Luxor to Aswan. Board a Nile cruise in Aswan to see the sites of ancient Nubia on the shore of Lake Nasser. Return to Cairo and take a day tour to Alexandria, the shining pearl of the Mediterranean. 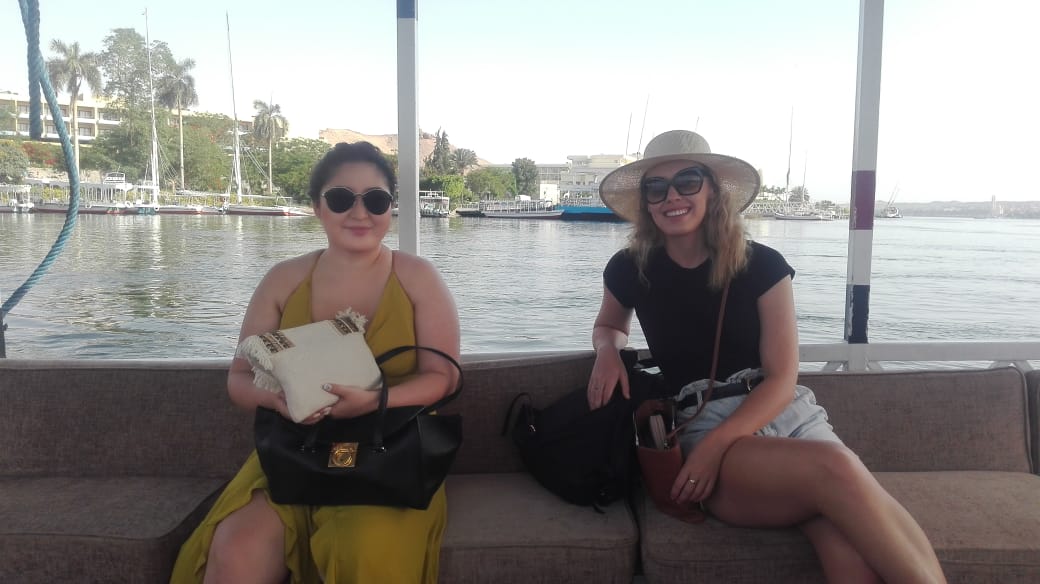 Don's miss the chance and book one of the most exciting Egypt Luxury Vacations. In the beginning, we will see the Giza Pyramids in Cairo before traveling south for 4 days on a Nile cruise, relaxing and taking in the sights of ancient Egypt in Luxor and Aswan. In the end, we will fly to Cairo to see the Egyptian Museum and Old Cairo. Then we will travel to Alexandria to see Saladin’s Citadel and much more! 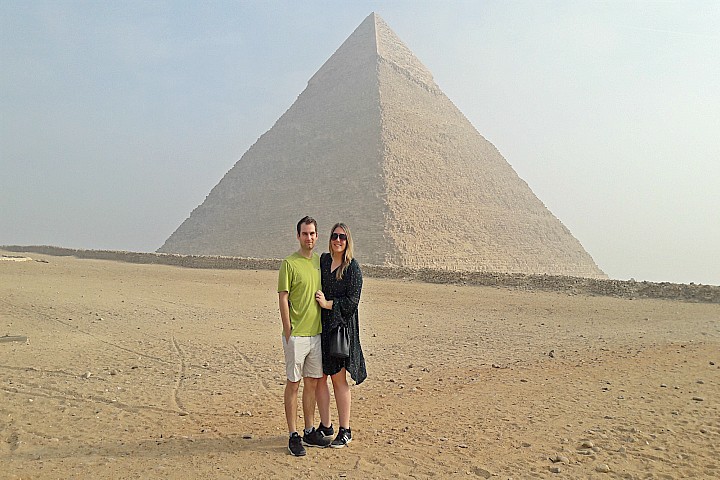 Experience our incredible Egypt Luxury Private Tours, if you choose this Cairo and Dahabiya Luxury Travel package then you get to visit Cairo's main highlights before heading towards Upper Egypt to discover the monuments and the Temples of the Land of the Pharaohs along the Nile valley !! 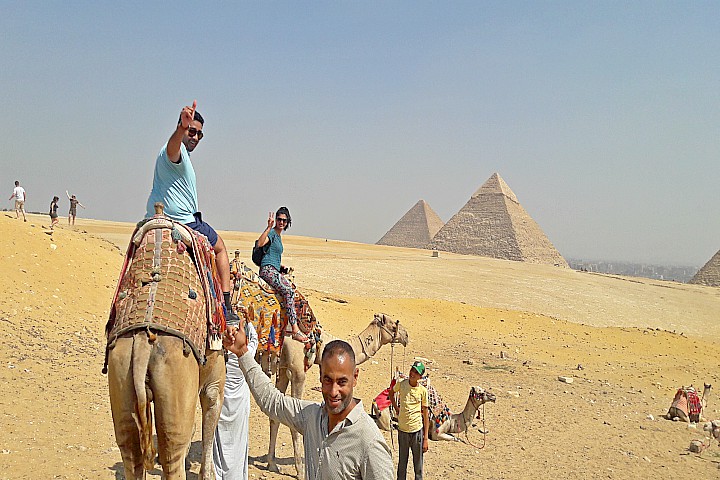 Try our amazing Egypt Luxury Tours to see the important landmarks of Egypt through our Cairo, Aswan and Luxor Travel in Style. Live the magical memorable moments with a touch of a soothing atmosphere in the Nile River breeze and discover ancient Egypt!! 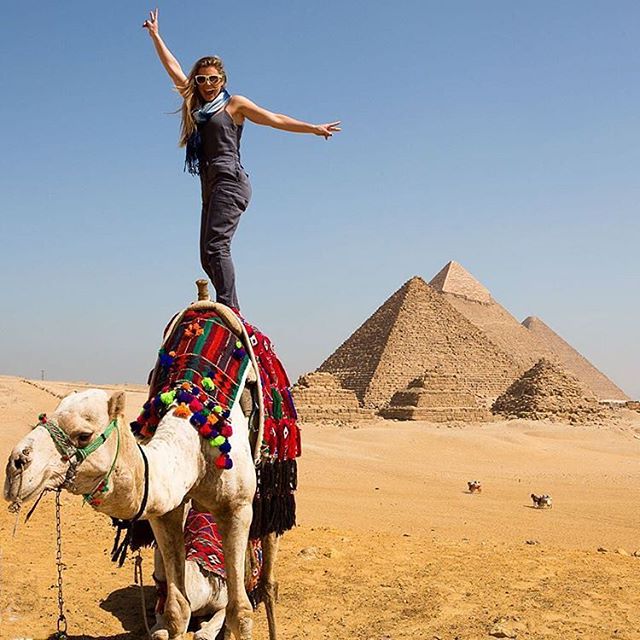 Unleash the beauty of Alexandria that was built by Alexander the Great and take a camel ride around the Pyramids in Giza also pamper your eyes with the magical scenery of the Nile River in Upper Egypt before relaxing in the magical Hurghada Red Sea. 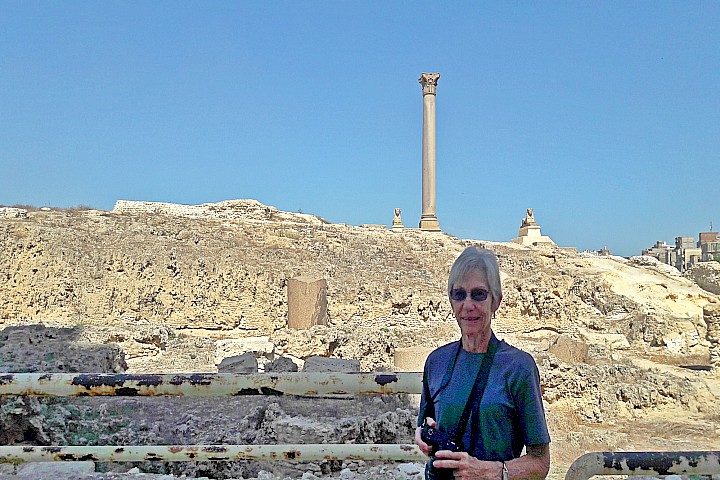 If you are looking for a trip that covers almost all Egypt's must-see sites, We bring for you all the admiring cities just in one trip. Explore Cairo Day Trips including the Giza Pyramids, Egyptian Museum and Old Cairo. You will also visit the ancient Capital of Egypt built by the great Pharaohs of Egypt; Luxor City along with Aswan, with this 10 Days Egypt Luxury Tour Package. 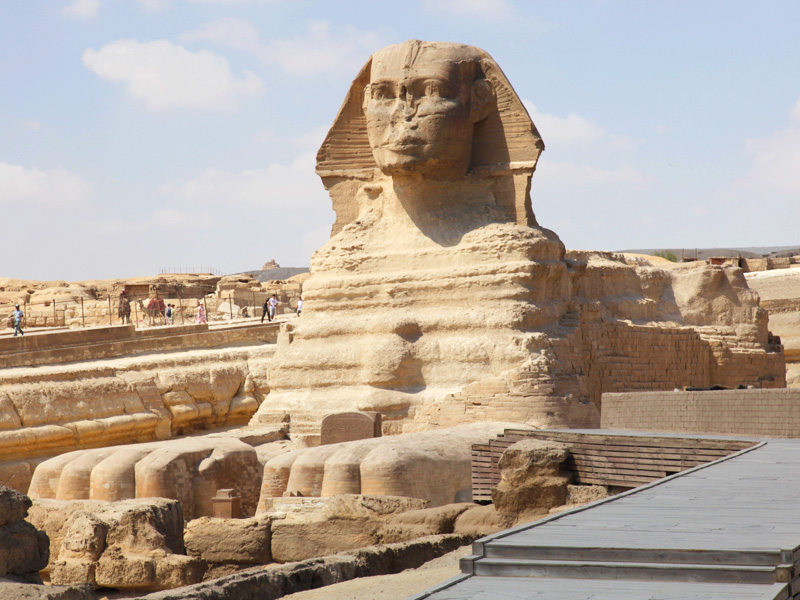 Travel and see the greatest highlights in Egypt, and visit Pyramids of Giza, the Museum of Egyptian Antiquities and Old Cairo, and have the chance to explore the Roman and Medieval places of Alexandria City, See El-Alamein World War II Cemetery before traveling to Luxor and Aswan to explore the New Kingdom archaeological sites 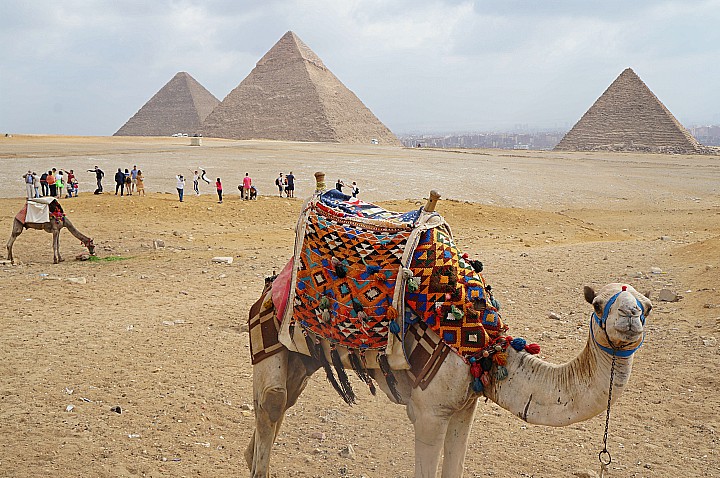 If you're looking forward to getting to know a lot about the most ancient civilization on Earth, Egypt, this 11 Days Egypt Luxury Tour is your way to explore the Great Pyramids in Giza, Discover the Egypt Desert Safari Tours to the White Desert and see the greatest temples in Luxor and Aswan.