Visit Egypt for two days, you can cover the most important sites to visit in Cairo and Alexandria through our Cairo and Alexandria Shore Excursion from Port Said by visiting the great pyramids of Giza, the sphinx and the Egyptian Museum in Cairo, then the Greco-roman monuments in Alexandria. 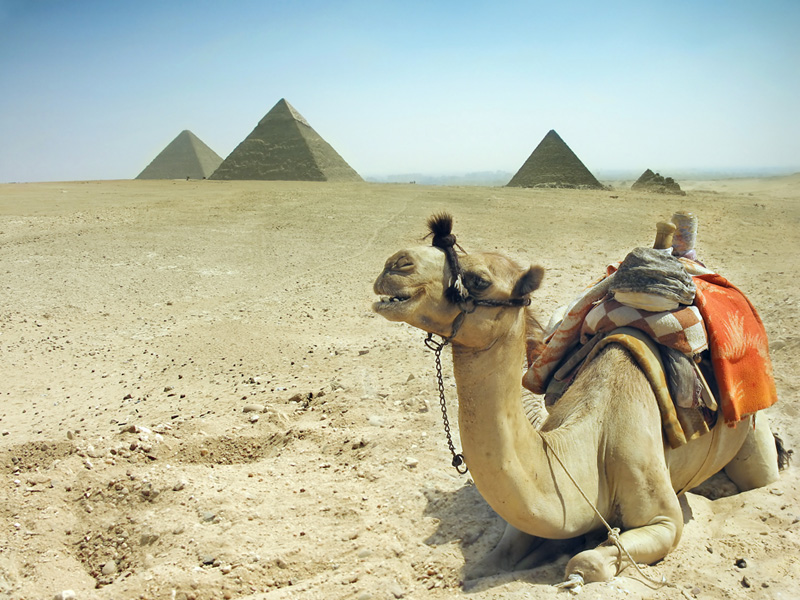 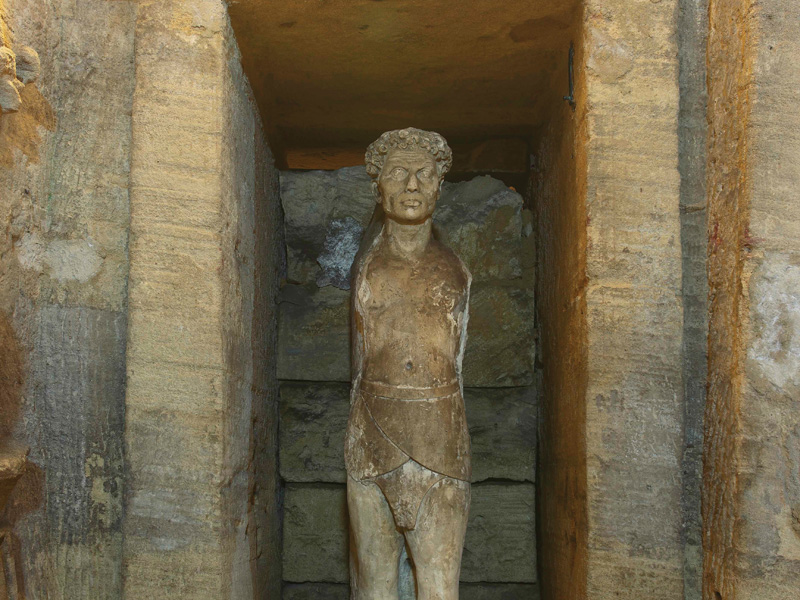 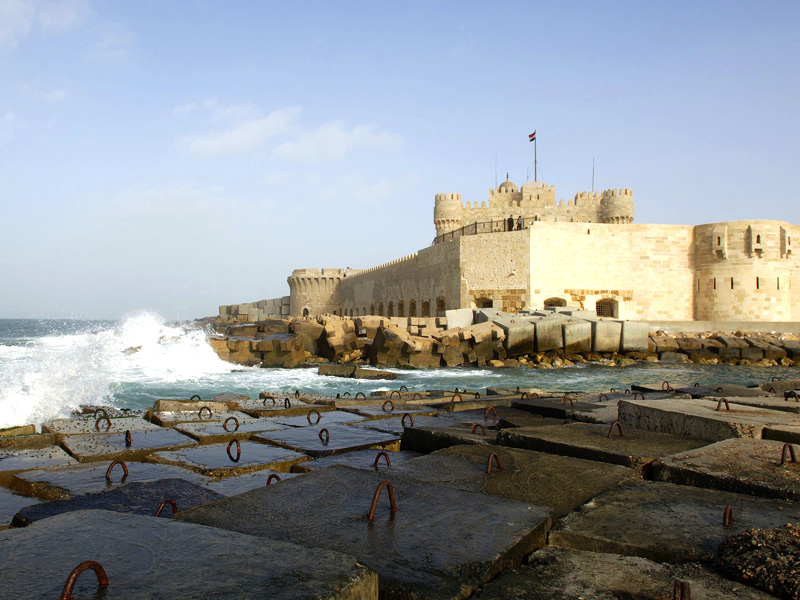 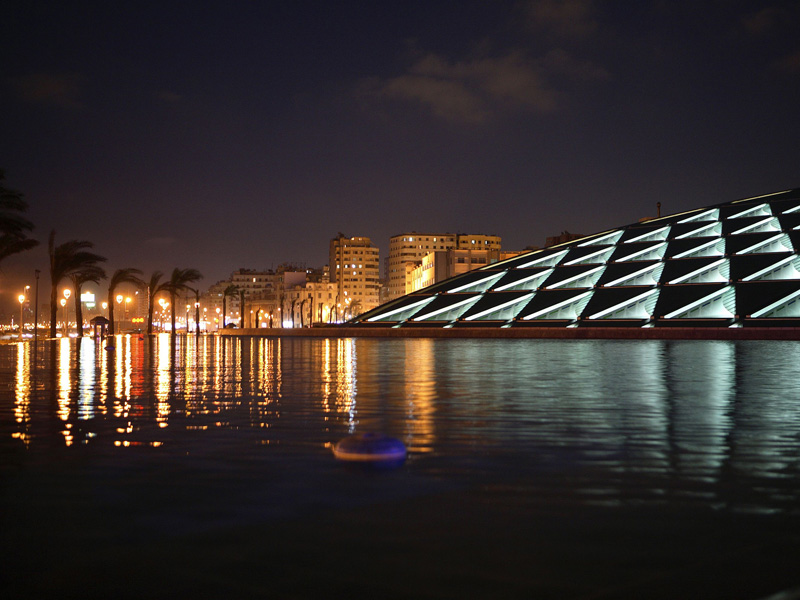 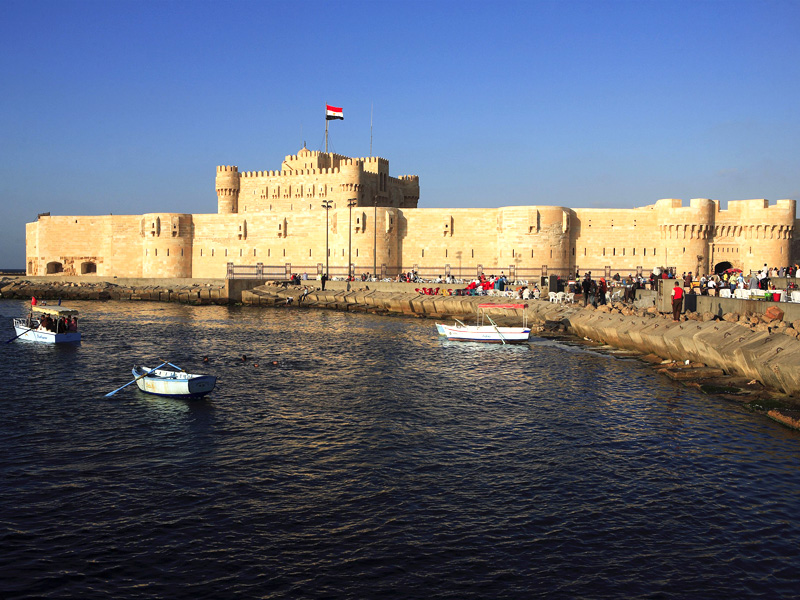 You can choose your Egypt trips from our list below:

You will be met by Cairo Top Tours representative and picked up from the cruise ship exit door in Port Said to be transferred to Cairo by an air-conditioned vehicle for almost three hours drive including a break, arriving the Giza Plateau to start the adventurous Cairo Day Tours which will take you 6000 years back to the place where the great pharaohs and ancient Egyptians built the hugest building ever built by mankind, the Giza Pyramids built for Cheops, Chephren, and Mycerinus.
Then get closer to the Great Sphinx which you have seen a lot in pictures and videos, but in reality; it is gigantic and enormous, the head of a man and a body of a lion reflects how ancient Egyptians had seen their pharaohs as powerful as a lion and at the same time have the wisdom of a man.

You are going to see the place for the mummification of King Chephren or the valley temple of his Majesty.
Then you will be transferred to enjoy The Egyptian Museum tour in Cairo which comprises artifacts from the ancient pharaonic periods like the Old Kingdom, the middle and the New Kingdom and comprises over 120,000 including those dedicated to the golden king Tutankhamun. Then you will have lunch at a local restaurant before driving back to your hotel for overnight.

Enjoy your delicious breakfast at the hotel then your professional guide will transfer you to Alexandria, Bride of the Mediterranean Sea to start your tour with the Catacombs dating back to the Roman period or the first half of the second century and you will get amazed by the place and its adventurous atmosphere. Continue to visit the Citadel of Qaitbay built near the place of the famous Lighthouse of Alexandria with the scenery of the beautiful sea as it is overlooking the Mediterranean, after that, you will visit the huge Alexandria Bibliotheca before having a delicious lunch and transfer to Alexandria Port for departure.

Explore our Shore Excursions in Egypt and start your awesome Day Tour to Cairo from Port Said port to visit the great pyramids of Giza, the Egyptian Museum and Khan el Khalili bazaar.

You will be surprised by our Giza Pyramids and Saqqara Trip from Port Said when you will see the wonderful pyramids of Giza and the step pyramid in Sakkara, the first pyramid in Egypt. book and enjoy by one of our Shore Excursions from Port Said port !!

Book your amazing trip in Egypt while your cruise ship settling in Port Said harbor and start our Cairo 2 Day Tours from Port Said to visit Cairo and Giza highlights. visit the great pyramids of Giza, Saqqara, the Egyptian Museum, and the Citadel of Saladin in an amazing Cairo city tour from Port Said Port!

Book our Pyramids and Nile Cruise Lunch from Port Said to see the greatness of the pyramids of Giza and enjoy your delicious lunch on Nile cruise with sailing over the Nile River while you enjoying watching Egyptian folkloric show. 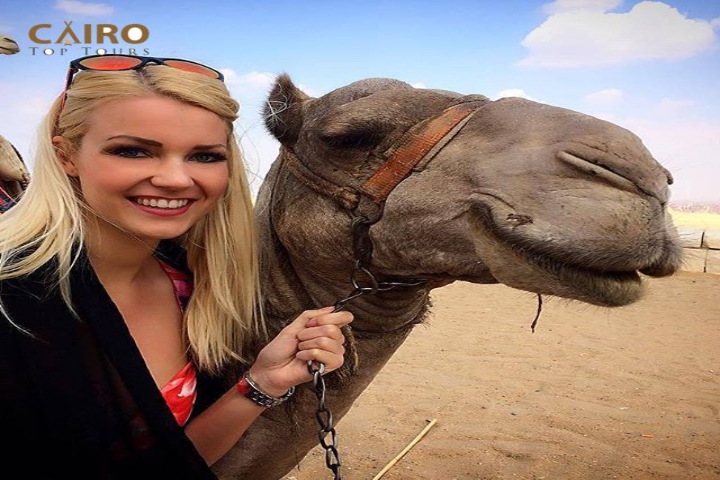 This is one of our amazing tours to spend a Day Tour to Giza Pyramids, you can discover the great history of the pyramids and the sphinx, after that start to do like Bedouins while you riding the friendly camels in a magical moment around the pyramids. 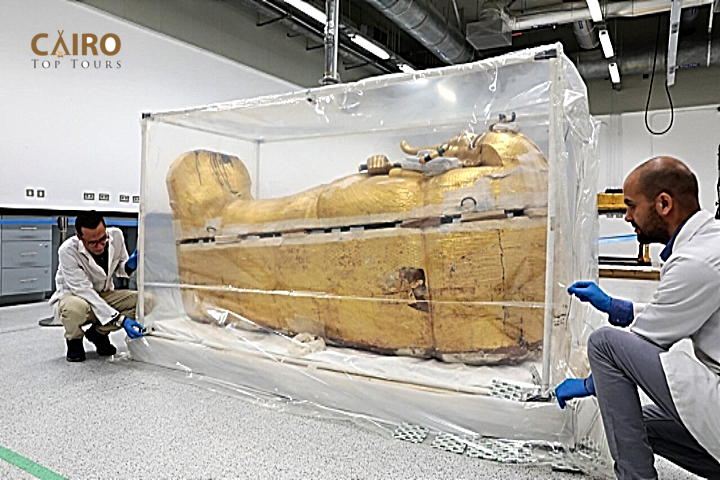 01. Is Egypt considered a safe destination to travel?

Egypt is rated as the eighth safest country to travel all over the world, according to the ranking of the safest countries. So definitely yes, Egypt is safe. you can travel safely to all the tourist attractions this beautiful country has to offer. You can comfortably explore all the Egyptian cities like Giza, Cairo, Luxor, Aswan, Alexandria, the Red Sea beach destinations like Sharm El Sheikh, Hurghada, Marsa Alam, Dahab, and many other destinations like the Egyptian Oases of Bahariya, Frafra, Dakhla, and Siwa, as well as all the places where medical tourism is practiced.

Egypt mostly enjoys a desert climate which is hot during the summer season. Temperature can go up to 45 degrees Celsius during July and August, so winter season is the best time to visit Egypt during the high seasons while the entire world is enjoying the Christmas and New Year, Egypt during the coolest months of the year is still considered warm enough that you can enjoy swimming in the Red Sea best resorts, not to mention how nice it is during Easter holidays. Simply, the best time of the year to visit Egypt starts from the month of September to June.

Cairo Top Tours' professional team consists of a young motivated group of specialists in flight reservations, Egyptologists, tour leaders, and tour consultants. We are like "artists" on the internet and on the ground since we started in the travel business. Thanks to our experienced team of tour operators, which will save you a lot of hassle, time, and you are going to save a lot of your money too rather than the difficult search for specialized travel offers.

You can directly access our website cairotoptours.com to book, request quotes, and view our offers. If you prefer, you can contact our Reservations Office on +2-02-33770025 from 07:00 AM till 03:00 PM GMT or WhatsApp us at +2-0100-527-6083 24/7. In both cases, you will be assisted by our expert team of tour operators and you will find all the information you need to make your reservation quick and smooth. To facilitate your search, we recommend you search for what experience you would like to do in Egypt in the Google Search Box and write the URL cairotoptours.com to limit the results that appear and make it easier to navigate through our numerous offers and categories.

You can use different purchase methods. - Credit card: by entering the details of your credit card on the payment link provided ONLY by your personal tour consultant from Cairo Top Tours. - Bank transfer: if you are booking your holiday at least 30 days before the departure date. In this case, the bank transfer must be made within 2 working days of purchase. - By phone: this option only applies for last-minute bookings on the same day of the day before and works only with the day tours, half-day tours, and activities that are not more than one day tour.