Spend your amazing day in Ismailia to see one of the most important international corridors that connects Europe to India and the Far East as well as the oil-producing countries in the Arab peninsula during our Cairo day tour to famous Suez Canal, which connects the Mediterranean by the Red sea. 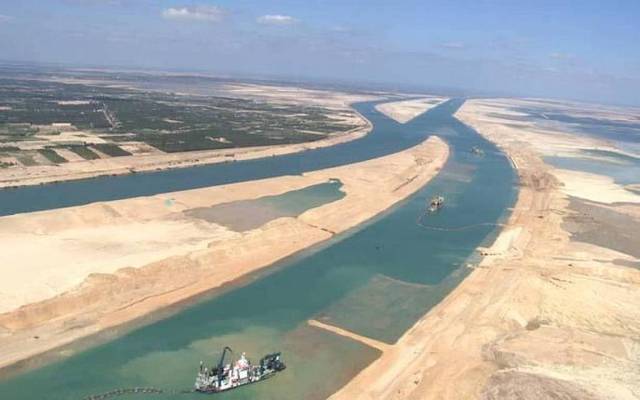 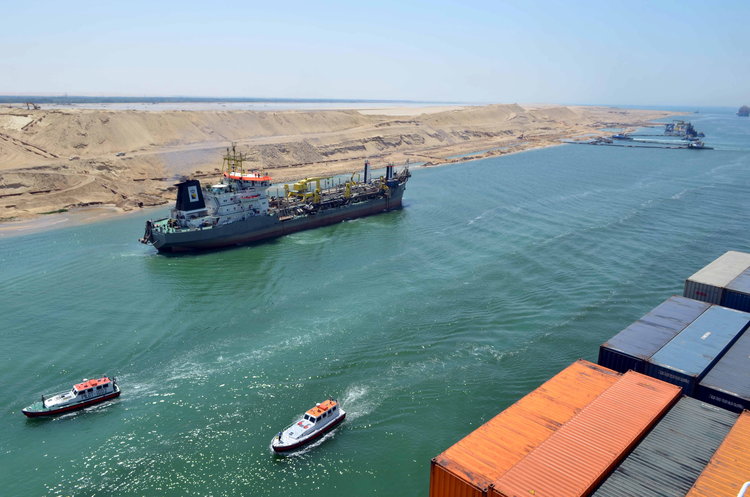 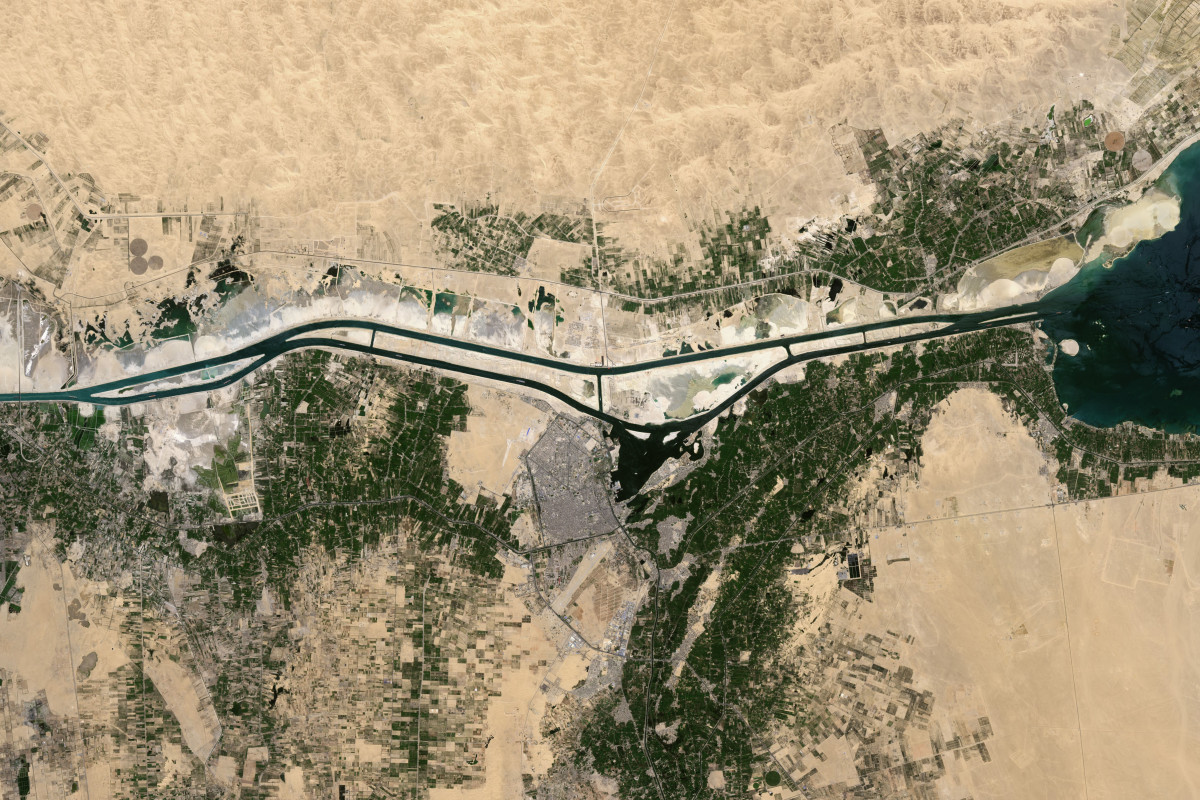 When you plan a trip in Egypt to make sure to spend a day tour to the Suez Canal one of the most strategic corridors in the world that connects the East to the west, linking the Mediterranean sea with the Red Sea. It has been constructed to reduce the time of passing around Africa via the cape of good hope ships. Through our day tour to visit the Suez canal from Cairo, you will get to see the huge Cargo Ships, Oil carriers and passengers cruise ship going through Suez Canal which was opened for traffic in 1869 and has been renovated more than one time until the last renovation that has been conducted by Egypt's current government due to its unique geographic location. It has great importance in driving development in Egypt and pushing the wheel of the Egyptian economy in the global trade hub and global logistics center.

if you are interested and your time in Egypt is limited to a few hours in the Airport, You can check our Cairo Day Tours form Airpot!

Our Professional tour guide from Cairo Top Tours will meet you at the hotel to join our Cairo day tour to the Suez canal that starts in the morning from any hotel or private house in Cairo or in Giza. you will be transferred by an air-conditioned vehicle to Ismailia to witness one of the great achievements in Egypt, the Suez canal. going there is definitely one of the best things to do in Cairo.

When you reach the canal from Ismailia after 2 hours driving including a toilet-break where you can also drink something, we are going to visit the Suez Canal and get a clear view of all the ships passing through this man-made canal from the club of the military while having a drink, The enormous canal stretches 190 kilometers from the Suez city which forms the southern entrance to the canal from the red sea to the harbor of Port Said to on the Mediterranean to the north and it makes the journey between Europe and India or the Far East 60000 miles shorter rather than going through the cape of good hope in South-Africa. If we are permitted we will also cross the canal by the ferry to Sinai and visit one of the strong military points there, “Tabbat al Shagara “ the defensive point which operated the 190 km defensive line made by Israel on the east bank of the Canal and it was captured by the Egyptian army during 1973 war between Egypt and Israel and you will learn more about this conflict which ended with the peace treaty signed by the 2 countries in Camp David and it was sponsored by the American government.

When you finish your day tour to see the Suez canal from Cairo, you will be transferred back by the air-conditioned vehicle to your hotel in Cairo. 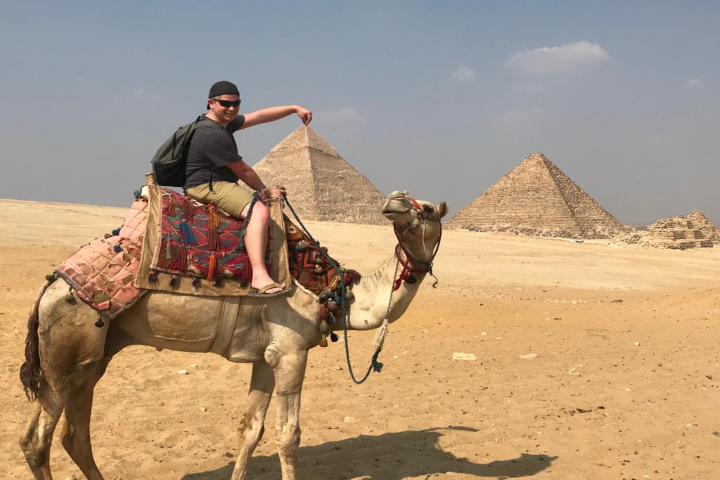 enjoy our Cairo Day Tour to visit the great Giza Pyramids and the Egyptian Museum located in central Cairo. You can choose between our varieties of Cairo Day Trips and Cairo Tours from the Airport, which will fulfill your dreams during your stay in the land of the pharaohs. Book your exciting Cairo Day Tours now. 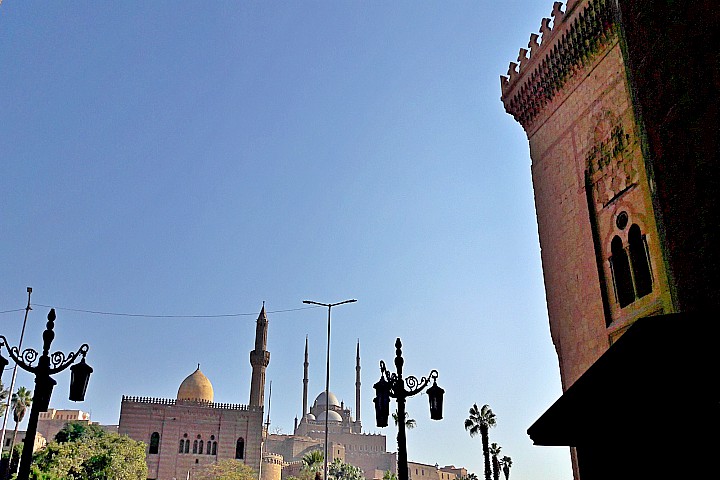 Do you have a free day while you tour Egypt? then reserve your Cairo day tours to the exciting Egyptian Museum tour and Coptic churches in Cairo. Our guide will take you to see the old churches, mosques, and synagogue in Cairo during your 8 hours Cairo City tour. Book your Cairo private tours and daily excursions now! 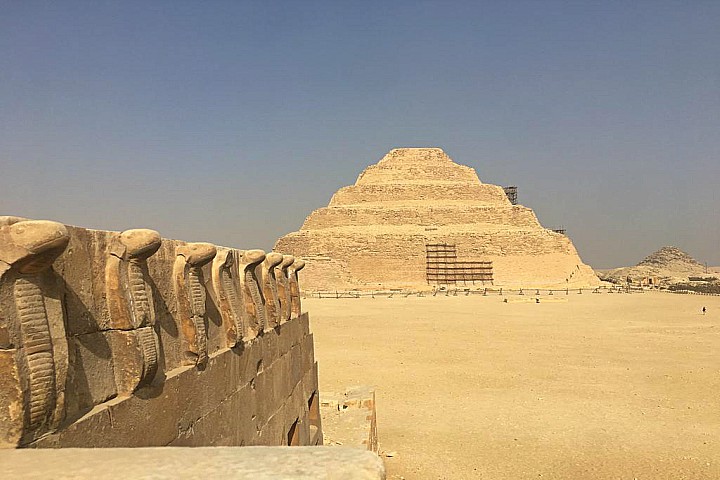 Make your dream come true and enjoy our Cairo Day Tours to the great Giza Pyramids, Memphis city, and Saqqara necropolis. See one of the seven wonders of the ancient world and discover the ancient sites of Saqqara and Memphis now with Cairo Top Tours! 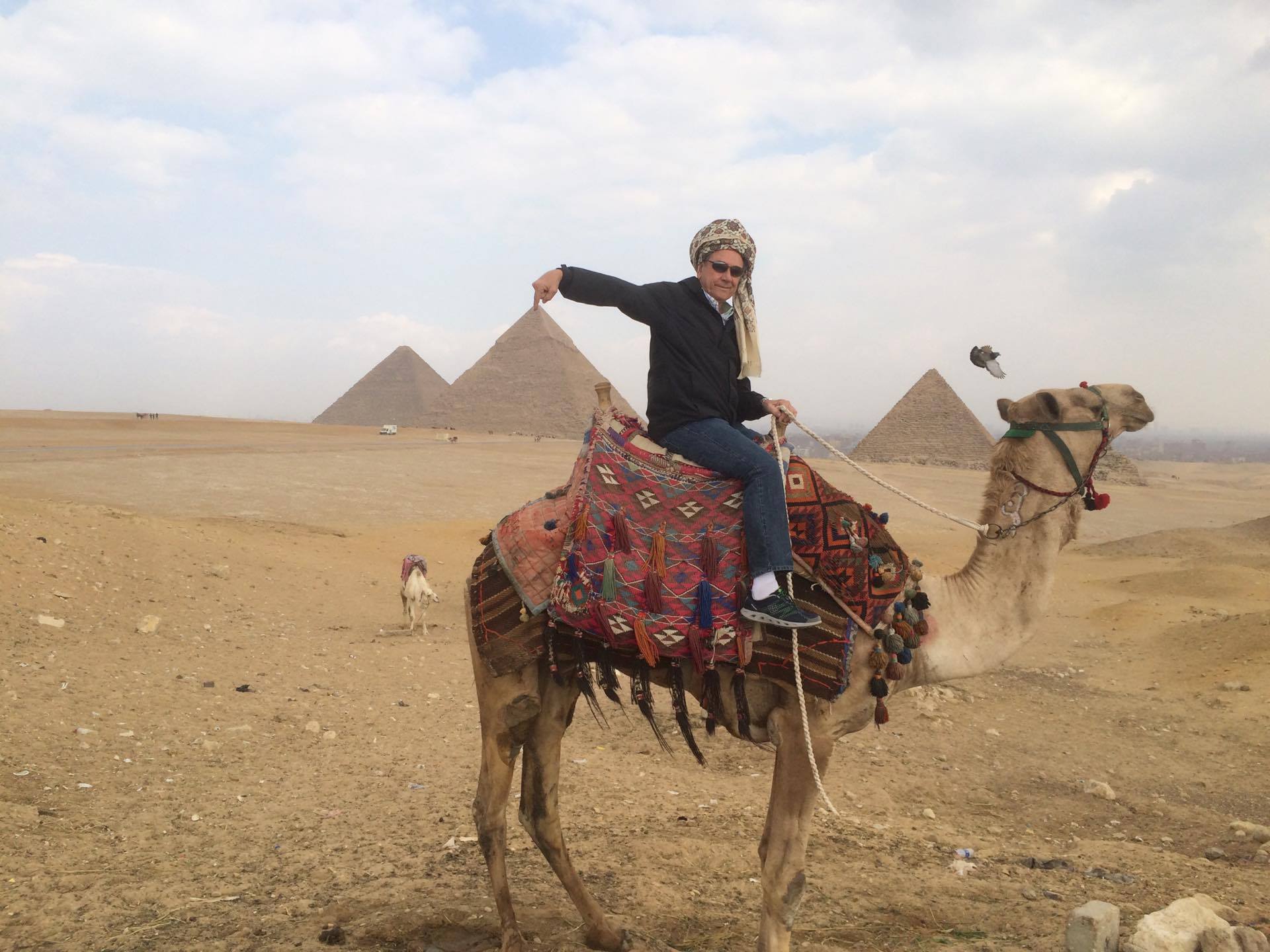 Make the most of your Cairo short break and enjoy the best of our Cairo Stopover Transit Tour now. Enjoy your Cairo Layover with our daily tours take you to explore Cairo's ancient sites like Giza pyramids, the Sphinx and the Egyptian Museum from Cairo Airport. Don't miss out on this exciting Cairo Layover Tour! 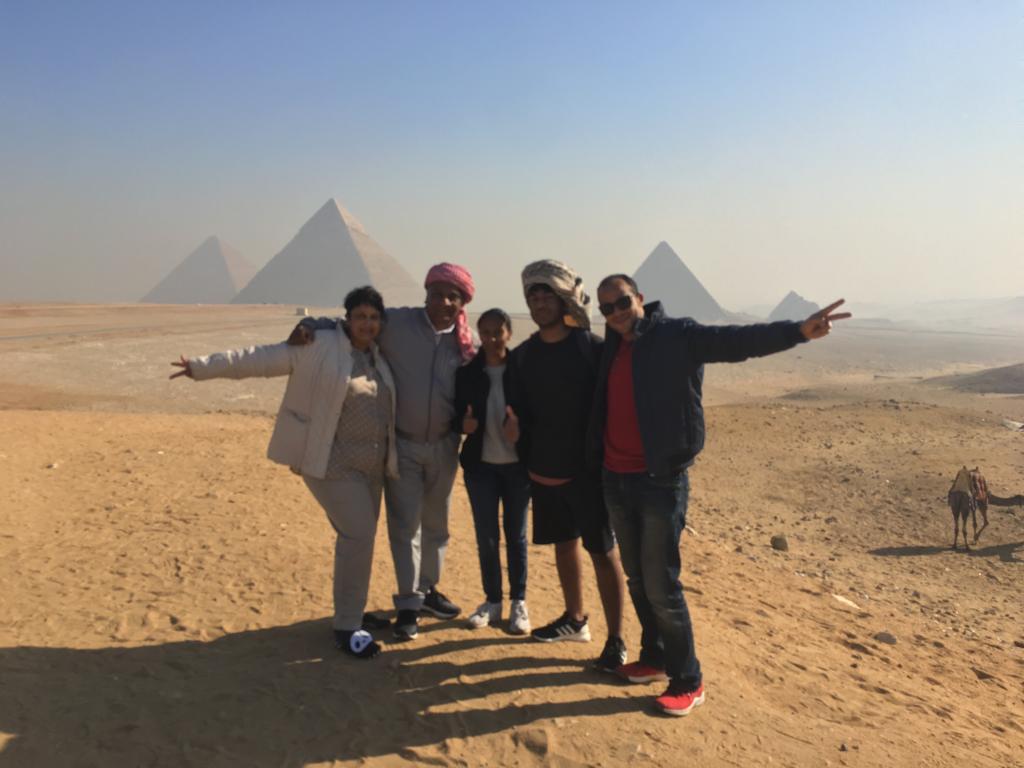 Take the chance and book our Cairo City Break including 2 Days 1 Night. This tour is your way to enjoy an unforgettable weekend and discover Cairo with its ancient monuments and antique places like the Giza pyramids, the Great Sphinx, Coptic Churches, Islamic mosques and Khan El Khalili bazaar. 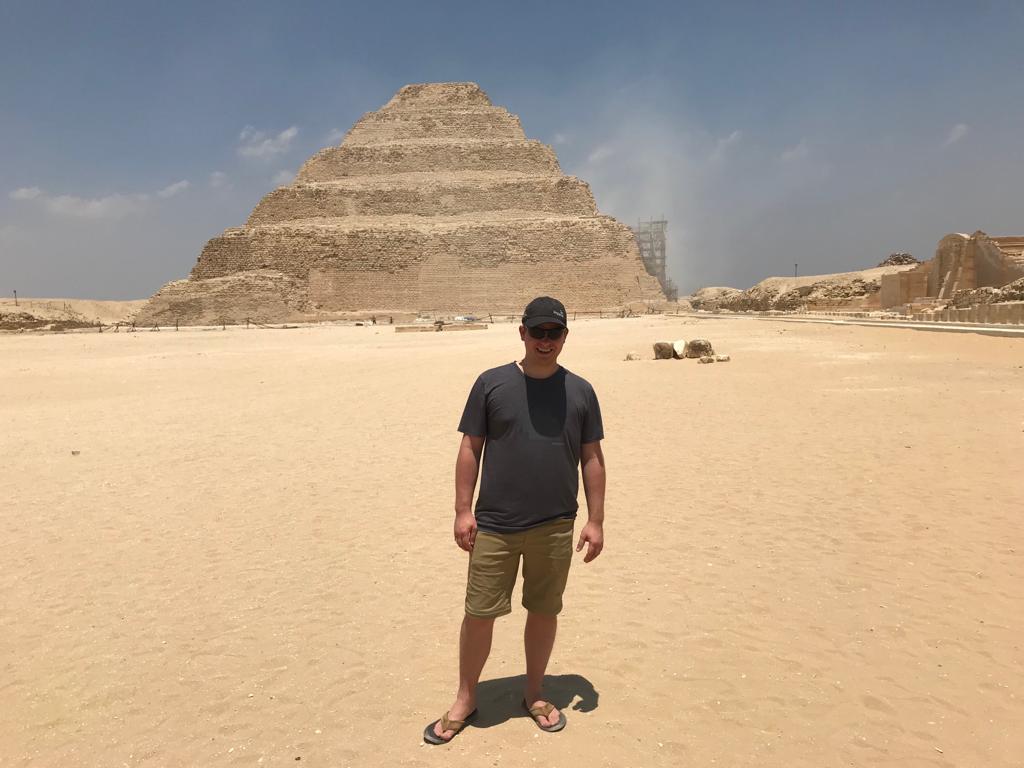 Reveal the secrets of the ancient Egyptian wonders and track the progress of building the Pyramids during this era when you reserve our Cairo Day Tours to the majestic Giza Pyramids and Sphinx then to Memphis and Saqqara to see the step pyramid and finally you will enjoy Senefrus' pyramids tour in Dahshur!! 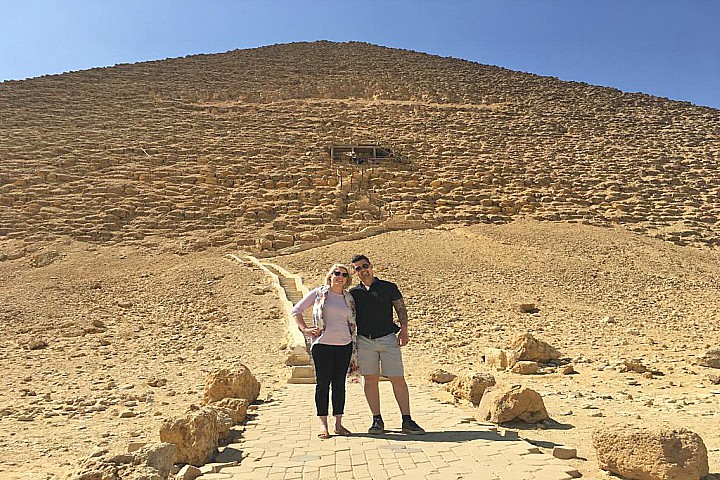 Giza Pyramids and Sphinx Half Day Tour with Camel Ride

Explore a broad range of Cairo day tours and uncover the secrets of the most important ancient site in Egypt, Giza Pyramids. You will be escorted by your tour guide to Giza Plateau to stand on the foot of the pyramids of Cheops, Chephren, and Mykerinus and enjoy the Half Day Tour to Giza Pyramids and Sphinx with Camel Ride. 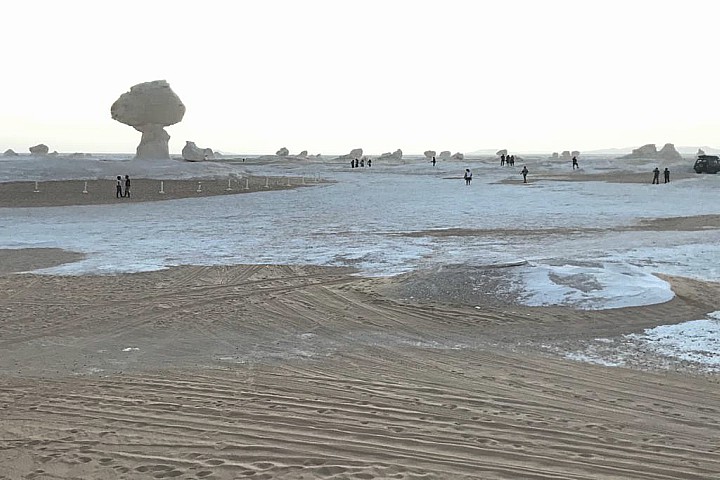 Explore the most marvelous desert on the planet while enjoying Bahariya Oasis and the unique White Desert Tour from your hotel in Cairo, Egypt?. You will see the Western Desert's landscapes and the verdant date palm groves of the Oasis. Then take a 4 wheel drive vehicle to drive through the Black Desert, Crystal Mountain and The Valley of Agabat. Try the oriental lunch at Ain Khadra and camping experience in the White Desert! 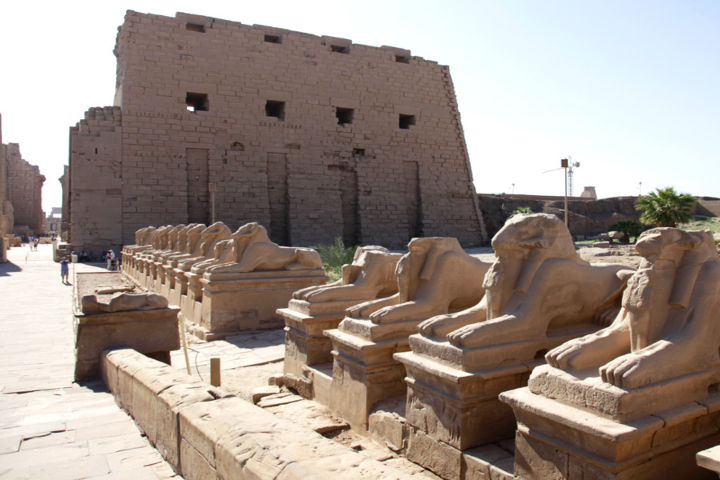 Visit Luxor in 1 day and enjoy the ancient sites of Thebes, join Cairo Day Tour to Luxor by Air. Our guide will take you to Karnak Temple on the east bank and experience the valley of the kings and the temple of Hatshepsut on the west bank. so what you are waiting for? Book your trip with us 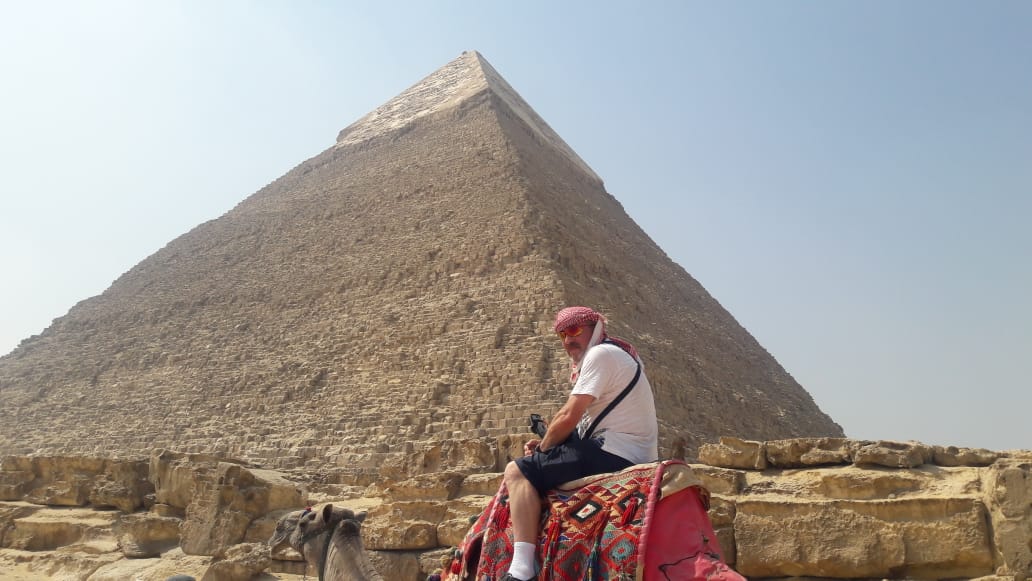 When you organize a trip to Egypt, it's highly recommended to try riding the camels in Giza Desert! Try our marvelous Camel ride half day Tour around the ancient Giza Pyramids, we will take you through the Sahara with an incredible view of the pyramids during the sunrise or even during the sunset in the early evening. schedule your trip now and feel the beauty of Egypt.